Who are our coaches?

This is a list of our coaches with the club. We are all at least UKCC Level 2 qualified coaches. 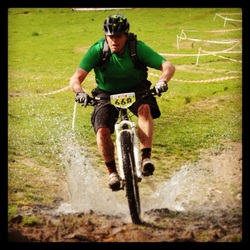 I have been cycling since I can remember and I love just being out on my bike. I have a real passion for the outdoors having been a venture scout leader in the past and working with the Glasgow Climbing centre.

Having mountain biked since the 90's theres nothing more I love than getting on the trails when I can. The newer trail centres are superb but for me nothing beats being in the wilds of Scotland it’s a great country.

I have never really raced as a youngster but have done a few races recently and really enjoy the challenge ( I wish I had a club like the Colts when I was younger). With my new MBL qualification  I look forward to helping the colts develop into skilled, knowledgeable riders who will continue to enjoy the bike and experience some of the more remote areas of our amazing country.
David Auld

I come from cycling family going back two generations. My Grandfather / Father and Uncle were all competitive road cyclists, my Grandfather also represented Scotland at Bicycle Polo.

My Dad and Uncle would tell me tales of when they used to “drum up” under bridges on 100 mile training runs regular family outings on the bikes from Glasgow to the Ayrshire Coast.

I started cycling from a young age mostly building bikes up with my mates from any old parts we could get our hands on and riding them up and down the old Pit Bing in Larkhall ( no Glentress or fancy suspension in those days ! )

I was a competitive swimmer  for  10 years with Glenrothes ASC and then Larkhall Avondale ASC and represented the Air Training Corps at Regional / National and Inter-Forces level.

Got into Mountain Biking in 1999 but still enjoy road cycling from time to time. The Trail Centres in Scotland are second to none, but I still prefer epic days out in the hills especially up in the Highlands.

My son joined the Colts over 2 years ago and initially I started as a Parent Helper assisting the coaches with the sessions on a Saturday and at the Kart Track. I completed my coaching qualification to BCC L2 in August 2014.

It is a real joy coaching with the Colts, seeing the kids having so much fun, gaining new skills and confidence as the weeks and months go by.” 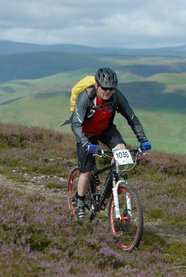 I’ve had some form of bike for as long as I can remember, but got into cycling seriously in the late eighties when mountain bikes started to appear on the scene.

I used to ride in local MTB races in Manchester which got me well and truly hooked into mountain biking and since then I’ve had more mountain bikes than I care to remember…but you can never have enough! More recently I’ve broadened my horizons and dabbled with track, cyclocross and road riding, albeit purely for fun.

I love the incredible amount of variety that cycling brings and I want to help the Colts experience as much about cycling as they possibly can. The most important thing is that the Colts enjoy their cycling and through our coaching and support, have the opportunity to develop as great riders.